According to the Food and Agriculture Organization of the United Nations (FAO), evidence recently provided in the Status of the World’s Soil Resources (SWSR) report and other studies shows that about 33% of global soils are moderately or highly degraded i.e. due to unsustainable management practices. On a global scale an annual loss of 75 billion tons of soil from arable land is estimated to cost about USD 400 billon each year in lost agricultural production. This loss also significantly reduces the soil’s ability to store and cycle carbon, nutrients, and water. Annual cereal production losses due to erosion have been estimated at 7.6 million metric tonnes.

Soils are an essential and non-renewable natural resource hosting goods and services vital to ecosystems and human life. Soils are fundamental for producing crops, feed, fiber, fuel, and they filter and clean tens of thousands of cubic kilometers of water each year. As a major storehouse for carbon, soils also help regulate emissions of carbon dioxide and other greenhouse gases, which is fundamental for regulating climate. Regenerative Soil Management is an intergal part of dynamic land management, as well as a basis for addressing poverty eradication, agriculture and rural development, promoting food security and improving nutrition. (ref. Voluntary Guidelines for Sustainable Soil Management, 2016, FAO).

Biofertilizers are “microbial inoculants which contain live or latent cells of selected strains of nitrogen fixing, phosphate solubilizing microorganisms used for application to seed, soil, or composting areas to accelerate certain microbial processes, thus segmenting the availability of nutrients in an easily assimilable forms to plants” (Amanullah, 2015). Biofertilizers are low in cost, eco-friendly and sustainable, do not require non-renewable sources of energy during their production and improve growth and quality of crops by producing plant hormones, vitamins, etc. (Nataranjan et al, 2002) Although most of these organisms have been “on the job” for centuries, they only received attention as manageable agricultural inputs in the 20th century. (ref. Soils and Pulses, Symbiosis for Life, Global Soil Partnership, FAO 2015) 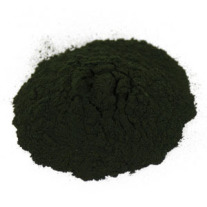 "Green Village Biofertilizers AlgaeGrow™ has changed my growing experience forever. Allowing me to double my plant count, increase my yield, lowering the cost per plant, while cutting our water consumption by two thirds.”